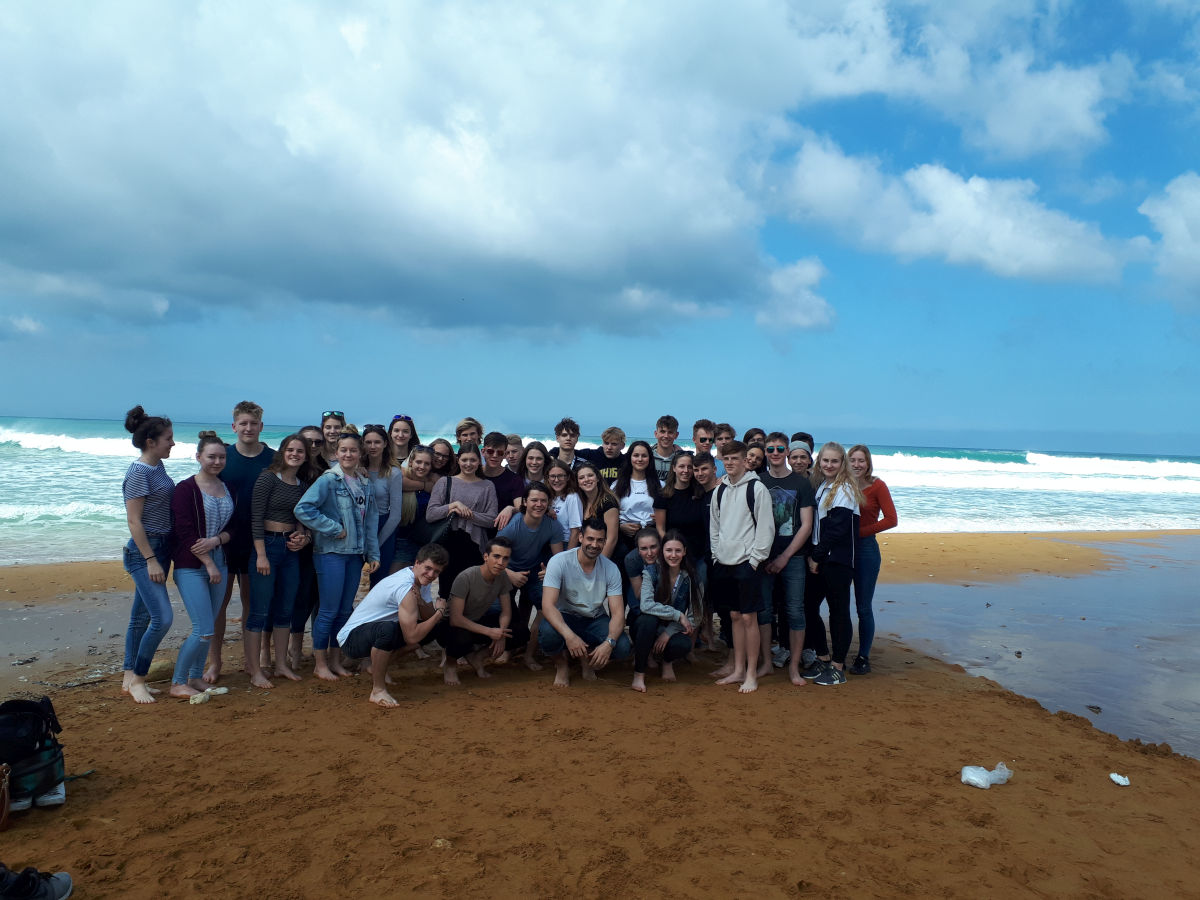 Our journey began on 5 April. We all met at the airport at four o‘clock in the afternoon and at around 10 o’clock we arrived at the airport near Valetta in Malta. During the weekend we had a tour around the island and Gozo, which is a really beautiful island near Malta. In the afternoon we had spare time but we had to be at home by 10 o’clock. Therefore, we took the bus to Paceville to get something to eat.

On Monday school started at 8 o’clock in the morning. We were split into three different groups according to our abilities. In the afternoon we went to the capital city, Valetta. A guide told us a lot of interesting stories about the history of Malta. We had school from Monday to Friday from 8:30 to 1 o’clock.

Normally, after school we were allowed to do whatever we wanted. So most of us decided to go to another town or to the beach. On Wednesday we had a tour in Mdina, which is the old capital of Malta. There was a café which offered great chocolate cakes. To be honest, it was the best I’ve ever eaten. During the week we were allowed to stay out till 11 o’clock because we behaved so well.

On our last day we explored the island again and we were even allowed to stay out until midnight. All of us enjoyed the last day. While some went to Paceville to have dinner, others were brave enough to go into the cold water and some just stayed at home spending the last evening with their host families. On Friday we went to school to get our certificates and afterwards we went straight to the airport. The flight lasted two hours and when we arrived in Vienna our families were already waiting for us.

All in all, it was a great trip and we all gained interesting and memorable experiences. We also want to say thank you to our teachers Prof. Stiglbauer and Prof Wette.