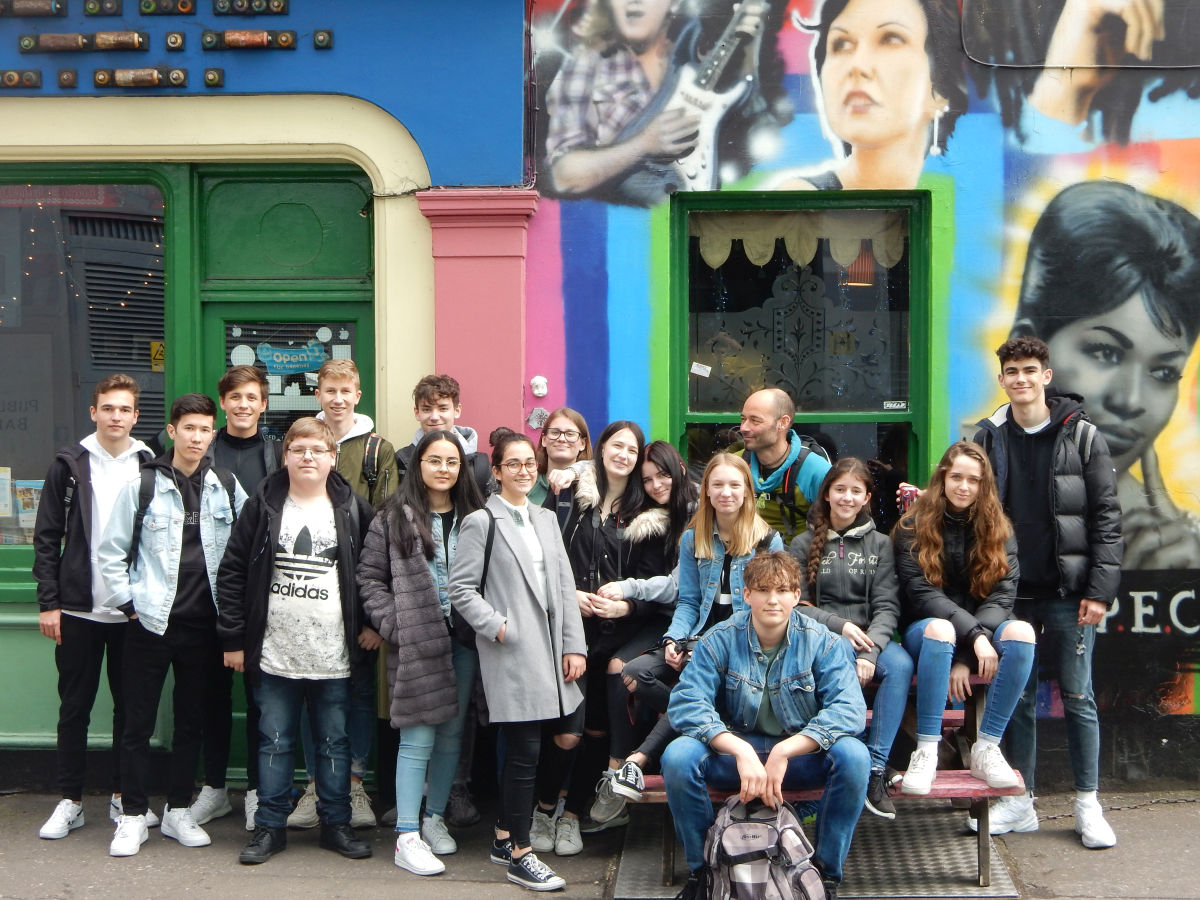 As requested we have prepared a report about the language week in Brighton from the 7th to 13th of April. In this report we will list the major events, positive and negative, that occurred during the stay and journey.

The trip to the UK was smooth and well planned and organized, even though we arrived very late at night and still had to get to the host families by taxi.

The daily way to school by bus took us 20 minutes on average and we were provided with a ticket which we could use for the entire stay and on all the lines.

The journey back to Austria was really unpleasant, which we will describe later.

Most of the host families were really friendly and welcoming and were able to provide everything for the students, like clean rooms and food.

We got breakfast every morning and supper when we came back in the evening, which was always freshly cooked and delicious.

We spent four mornings at the language school, which students from all over the world attended.

On the first day we had an assessment test to evaluate our skill levels and afterwards we were separated into different groups.

For the rest of the week we were in those groups and spent them by improving our English grammar, writing and pronunciation skills.

Our classes consisted of students from all around the world, for example: Switzerland, Spain, Thailand and Germany and we all talked in English during the lessons.

The teachers were competent, and nice and were able to help us improve our skills.

On Monday (the first day) we went on a two-hour-walking tour through the city where our guide showed us various graffiti and Banksy’s famous: “Kissing Coppers”.

Afterwards we watched Dumbo at a local cinema.

On Tuesday we visited the Royal Pavilion, the Brighton Museum and the Art Gallery, which some of the students were not so enthusiastic about.

On Wednesday we visited the Sea-life Centre and in the evening we went bowling, which was a lot of fun.

The Seven Sisters are fantastic cliffs where we spent several hours on Thursday.

We spent Friday (the last day) in London, which of course is the capital of the UK and very beautiful. It was, by far, the best day of the whole week.

We took a ride in one of the capsules of the London Eye and rode one of the famous Big Busses during a city tour.

There were some flaws and problems that occurred during the stay.

The biggest of them all was the unpleasant stay at the airport during the night before our departure that was caused by the poor organization of the BLC.

There was nowhere we could lie down comfortably at the airport, so most of us were not able to sleep all night long (7 hours).

Overall the stay in Brighton was a great time and trip where all the students were able to experience new and interesting things.